Ever thought of buying a Formula 1 Car? You could own a piece of motorsport history and it is not always as challenging as you think…

Just a few short weeks ago the air in Sussex was heavy with the smell of high-octane fuel, as the Goodwood Festival of Speed meeting got underway and historic Formula One cars were amongst the machinery to be let loose up the hill. It is one of the most evocative sights and sounds in motorsport – and something that more and more enthusiasts are getting involved in.

Little wonder – driving an F1 car is the ultimate goal of pretty much any racing driver and the experience is realistically accessible to enthusiasts. With a little help from historic F1 expert James Hanson of Speedmaster Cars we look at what it is like to buy, own and run one of these incredible machines.

The Historic Formula One Experience

Let’s start with why you might want to consider buying one. James sums it up nicely: “These cars aren’t simply good to drive – they are amazing. In fact, everything is amazing!”. He reports that they are in fact reasonably easy to drive,  “after all, they still have four wheels and a steering wheel just like a normal car. Last time I checked, Lewis Hamilton only had two arms and two legs….”. Forget the video footage of drivers stalling modern F1 cars in the pits, historic cars are more user friendly.

“These cars aren’t just good to drive – they are amazing”

Manufacturer development programs such as Ferrari’s XX Programme and Aston Martin’s Vulcan offer similar thrills for a lot more money but the secondary market for these modern track-only hypercars is arguably not as strong nor do they offer the emotional involvement of a historic race car. 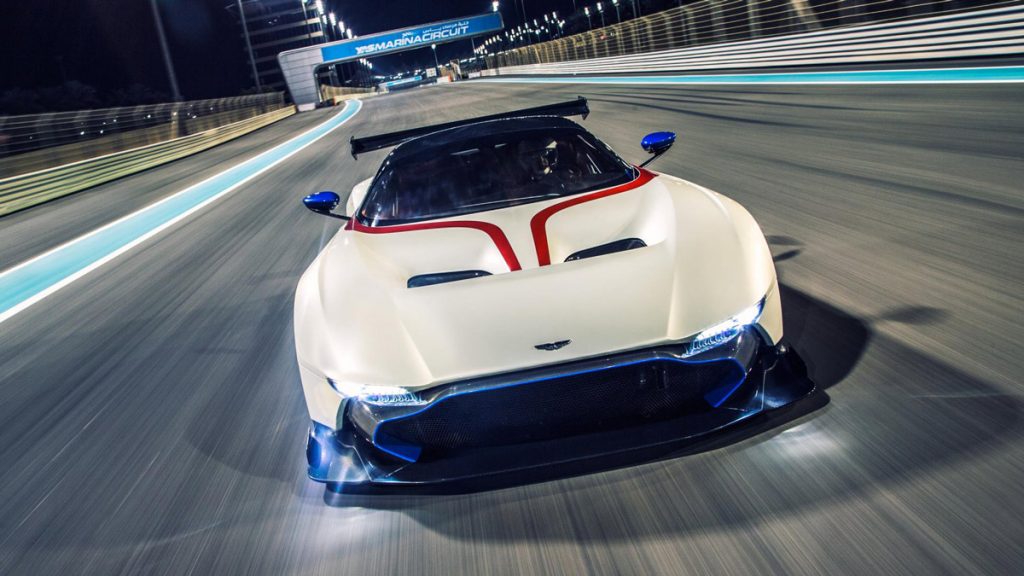 As James succinctly puts it, F1 cars “are the most fun you can have with your clothes on” and the recent success of James Hunt biopic Rush combined with the opportunity of driving at circuits such as Monaco, Silverstone and Goodwood have fuelled interest in the market.

Where can you use historic F1 cars?

Historic F1 cars run at historic Grand Prix support races at locations including Monaco, Silverstone, Le Mans, Goodwood, Zandvoorte, Spa, Monza and various locations in the US. The FIA Masters Historic Formula One Championship have a full calendar on their website.

In terms of numbers around 40 cars run at the Silverstone Classic and around 100 at the Monaco Historic Grand Prix – so a larger grid than Formula 1 itself.

F1 cars can be driven on demonstration or test days (of which there are plenty), but as a rule not on a track day! 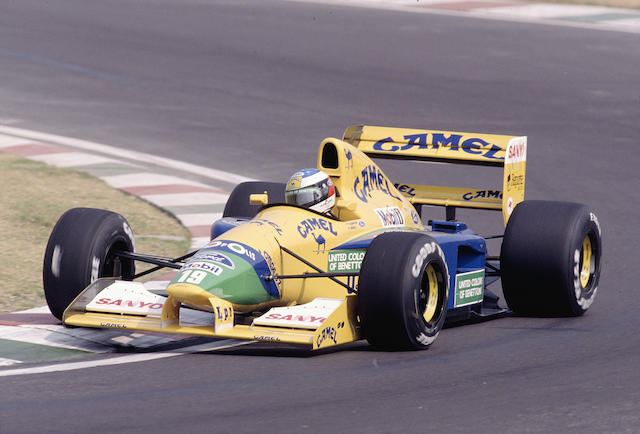 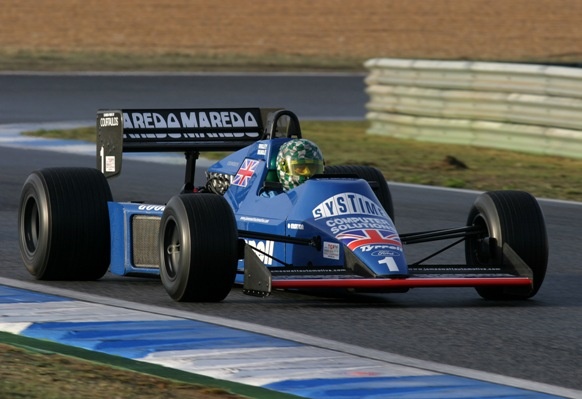 £200,000 for a starter, a good competitive car with nice history will be around £250,000 – £600,000 depending on the constructor and you are likely to pay around £3m for something like a Ferrari. There are deals to be found though and you could potentially pick up a package of driveable team cars and spares for £500,000 – it really does depend on the team, constructor and history.

The history of the car, marque and/or driver can clearly make a huge difference. The condition of the engine and mechanicals and the availability of spares and parts also have a significant effect on price. 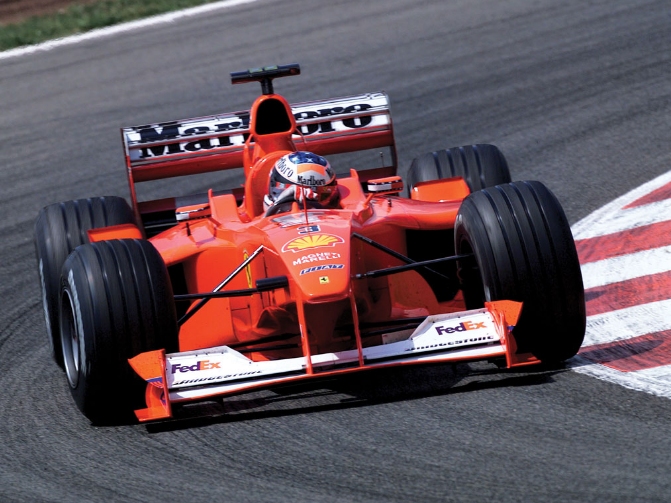 This can be an issue, particularly for Ferraris. 70’s cars are generally quite spacious, but it will come as no surprise that these machines weren’t built for comfort – however if you want to drive it badly enough you will make yourself fit!!!

Where Should You Buy?

Specialist dealers with knowledge of the market such as Speedmaster or Hall & Hall. Auctions can be a good place to buy cars (provided you really know what you are buying) partly because auctions are not necessarily the best place to sell them…

One of the first questions in most buyers minds is how much will an F1 car cost to run – and rather unhelpfully the answer is “how long is a piece of string.” Broadly speaking this will depend on how often you use it and what type of car it is.

Speedmaster recommends that owner’s budget for an engine rebuild every 1200 miles which will cost approximately £15,000 – but this could mean two or three years running. Overall, you should budget for £1000 per weekend if you run it sensibly over 12-36 months.

V12 Alfas and Ferrari F1 cars can be more expensive to repair and it can take a long time to get parts and make any necessary repairs – there is no real supply chain and only a very limited demand for parts. The ubiquitous Cosworth DFV-engine used by a myriad of teams is easier to run and maintain which lowers the cost of ownership & enhances the value as well as improving the overall ownership experience if you can live without a Scuderia shield on your nose cone.

Support infrastructure is good in the UK with many specialists and historic race teams enabling owners to go racing. 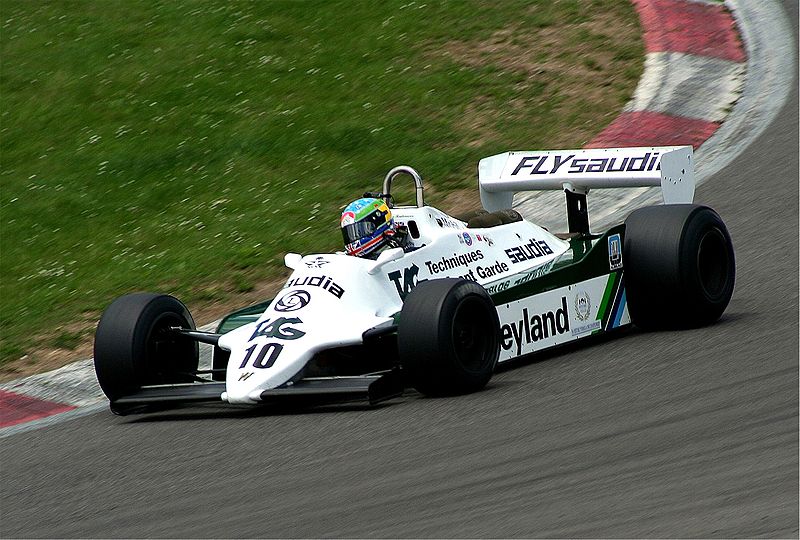 Historic Formula One Market and Values

This is a relatively complex market and although prices are stable there can be wild variations in prices for F1 cars depending on what they are.

A race-winning history and superstar driver makes quite a lot of difference to the price and Championship winning car could be three times the price of an also-ran. Ferrari, McLaren, Lotus, and Williams are the most desirable marques. Cosworth DFV engines powered cars are generally easier to run and maintain which enhances the value.

Eras: the 60s are less popular now and 70’s cars are currently the most valuable – it’s a generational shift caused by the “Rush Effect” according to Speedmaster with cars driven by the likes of Hunt, Lauda, Fittipaldi and Andretti commanding the strongest prices. Cars eligible for the popular Masters race series are between 1966-1985 – newer cars have a reputation for being more complicated and there are not a lot of races open to them yet, however these cars are now starting to be run more regularly and the technology is not complicated by today’s standards. Turbo-charged cars (1980’s onwards for some cars) are more challenging to run but again are no longer seen as too complicated with the advent of more modern electronic control systems.

Values haven’t shot up but have experienced a steady rise since. Speedmaster believe that historic Formula 1 cars are undervalued – to put that in context you can buy a Grand Prix winning car for less than a Ferrari F40 and $7.5 million is the most that has been paid up to now for a Schumacher Ferrari F1 machine, a fraction of a 250 GTO. We see them as a good, secure long term purchase – prices are stable.

As the centre piece of a car collection, F1 cars certainly catch the eye and the imagination of some of the most well known car collectors, with some beautifully designed F1 cars (think Maserati 250F,  Ferrari 640 or McLaren MP4/4) the combination of success on the track, and beautiful design makes many of the iconic F1 cars highly coveted, and who wouldn’t want to own a Grand Prix winning car….

It is quite possible that the modern technology in recent F1 cars could spell the end of “civilians” using them which means that there really is a limited supply of cars to purchase. Currently, any Ferrari constructed after 2000 needs to be run by Ferrari themselves and Williams also have a historic factory program, but this expertise always comes at a cost.

There is nothing quite like a historic F1 car and whether you plan to drive it (which you should) or keep it in a collection they are the ultimate automotive icon for petrolheads. With truly limited numbers, iconic liveries and racing pedigree these cars are instantly recognisable to millions which means that in our view at least they make a fine automotive collectable which could make a canny long-term buy.

What many people do not realise is that obtaining finance for a F1 car is possible thanks to our bespoke motorsport products, developed with our specialist panel of lenders.

Many thanks to James Hanson of Speedmaster Cars for his expertise and input.