The two 50-minute ‘Pit-Stop’ rounds, held on the Saturday of the May Day Bank Holiday weekend, marked a high-point for the UK-based GT racing series with a record 45 cars entered at the Kent venue.

With so many on track it was critical for the Northamptonshire-based team, racing its new Aston Vantage GT4, to put track position at a premium as it sought to maintain its GTH Class Championship lead. Particularly since two victories at Donington meant it would have to serve a 20s success penalty during its first mandatory stop.

Unfortunately track space was in short supply at the start of the race as Guess suffered contact with a car from another class and picked up a puncture.

A Safety Car period not long after proved a saving grace as James returned to the pits and the team’s crew reacted quickly to change the left-rear tyre. Guess fought his way back into the pack, but the success penalty at the stop gave works Aston Martin Racing driver Turner too much work to do to recover higher than 10th in class.

The Pit-Stop race might have produced a podium sweep for FMS, but instead, Guess and Turner – making his series debut – were each forced to stage fightbacks as misfortune struck.

Guess was spun around at the Old Hairpin by a rival on the opening lap, prompting a safety car and dropping him to the back of the 38-car field. Undeterred, he put in a fantastic charge, passing 14 cars and climbing back to fifth in class before handing over to Turner. Unfortunately, an issue in the stop cost the team 30s and Turner had to produce a comeback of his own, taking sixth place at the Roberts Chicane on the last lap.

Guess made a brilliant start to the second race, rapidly climbing through GTH from 10th to hand over to Turner in third position. Frustratingly, track position once again proved elusive as another Safety Car was called while the overall race leader was running between the first and second GTH Class runners on-track. This gave the class-leading Orange Racing McLaren almost a lap’s advantage.

FMS reacted quickly and put Turner in the car at the beginning of the pitstop window, allowing him to capitalise on Guess’s progress and undercut the Balfe Motorsport McLaren which stopped a lap later. 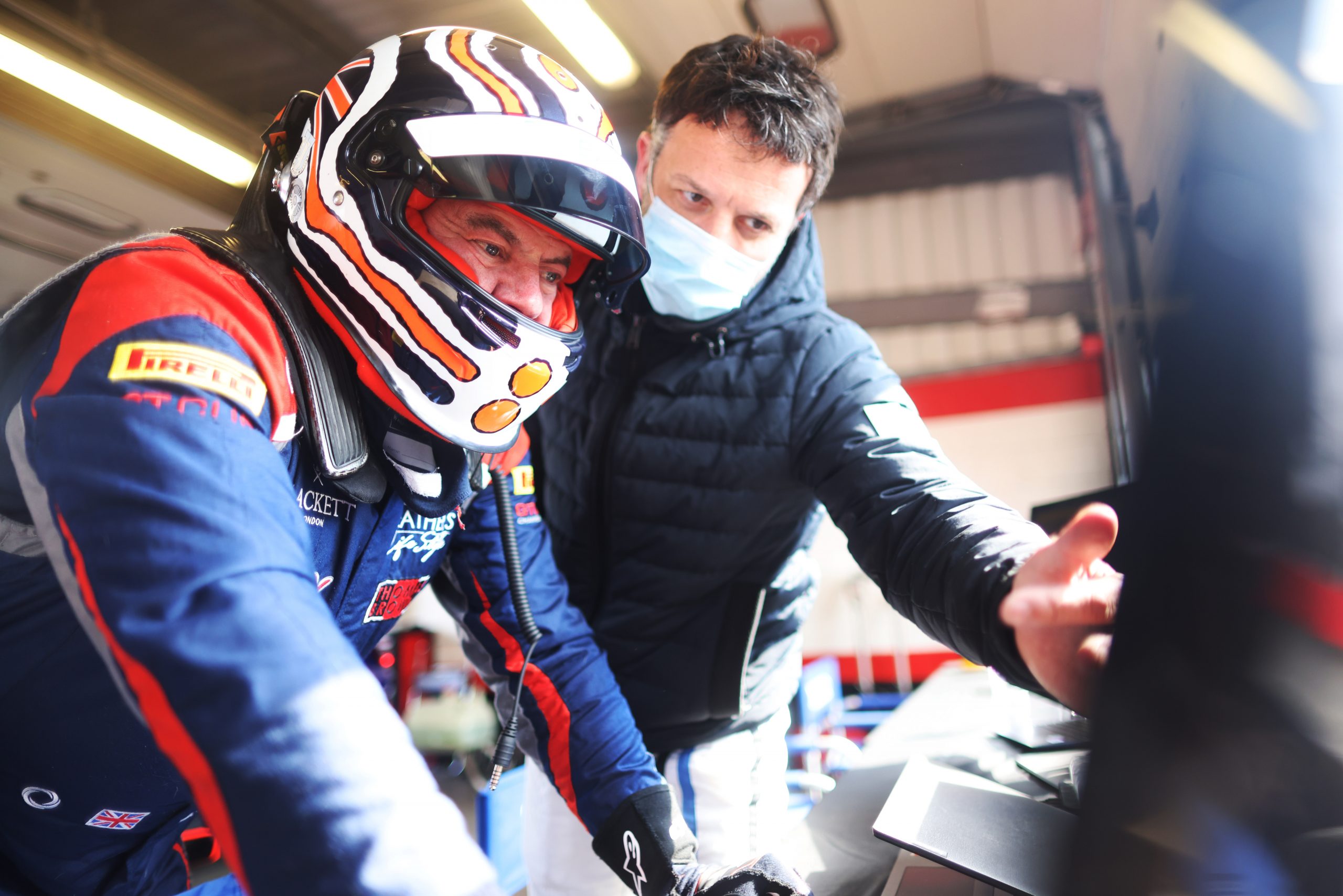 Try as he might, and despite maintaining his 100% record of fastest laps so far in the series, Turner couldn’t quite reduce the leader’s initial 70s advantage by enough. It might have been a different story if the race had been an hour-long rather than 50 minutes, but Darren was forced to settle for second, less than 8s behind.

“After the perfect weekend at Donington, this one was a little more of a test of character,” said Guess. “That said, we showed great pace throughout the event and came away with another podium. That we were able to fight back in the first race is another testament to our ability to punch above our weight, and these factors combined give me great confidence for the year ahead.”

Turner added: “In six races, we’ve now won two and stood on the podium a total of four times – that’s a good way to start the season. The first race was one of those you have from time-to-time and we were always aware it was damage limitation with the success penalty. James drove brilliantly in the second race to get us up to third, and if we hadn’t been unfortunate with the track position and timing of the Safety Car we had the pace to win again, but we’ll take second!” 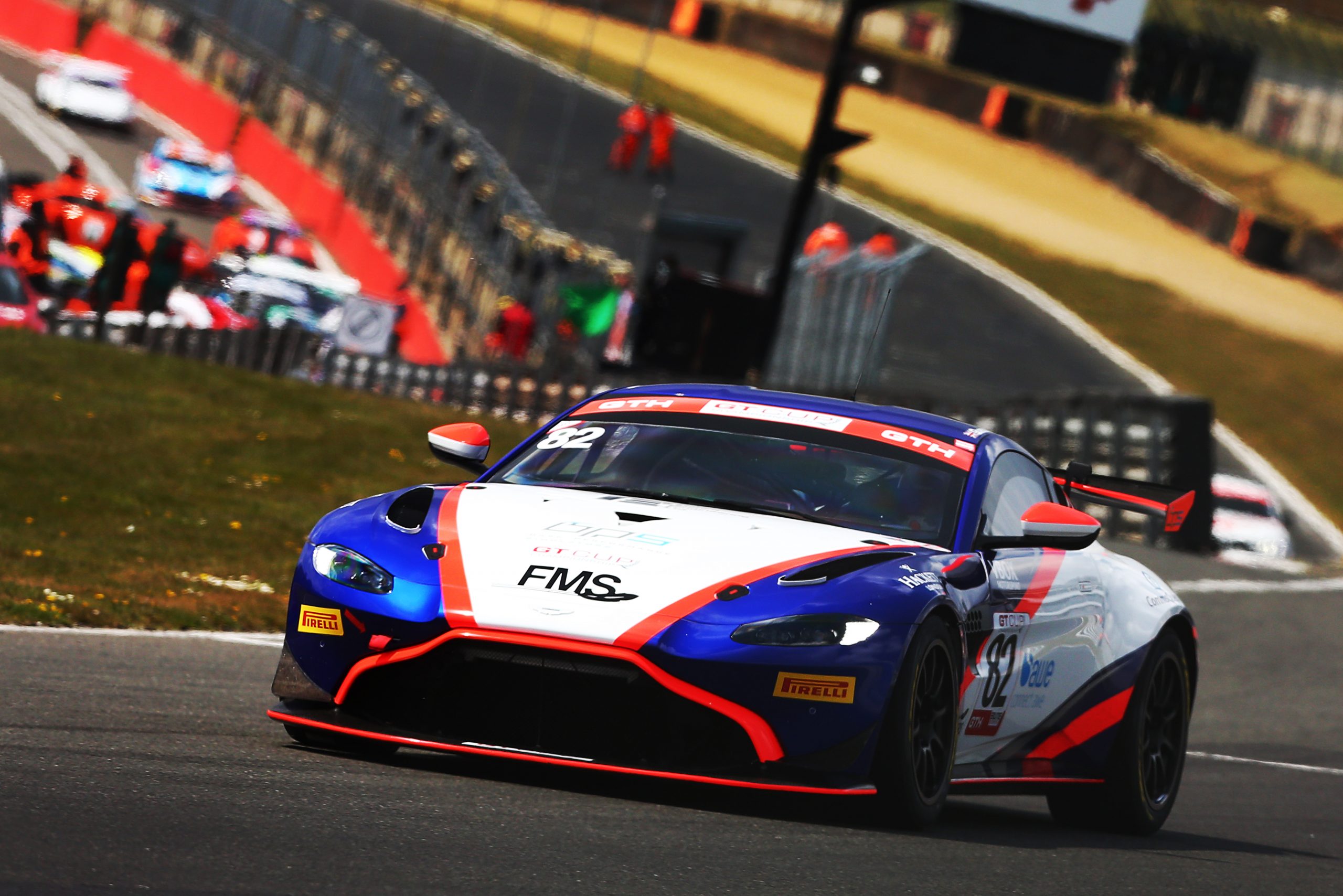 Team principal Simon Rose said: “This weekend had a bit of everything, disappointment, redemption, excitement and success – so a typical motorsport event! That we were able to react so quickly to the puncture showed the talent and resolve within our small team. To then go on to finish second in class from 10th on the grid shows that FMS has the quality to be contenders all season long.”

FMS is now 10th overall in the GT Cup Championship standings and is third in the GTH Class table with 101 points, 38 off the lead.

The series continues with a two-day meeting at Snetterton on the 5-6 June. You can watch live and free on the GT Cup YouTube channel by clicking here.